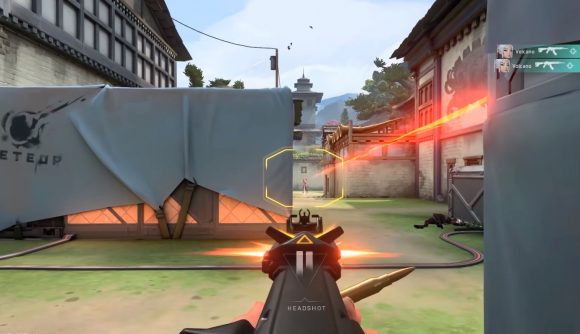 Riot Games wants to effectively eliminate all the things that make online shooters frustrating, and the company has brought in some of the industry’s top talent in order to make exploits like ‘peeker’s advantage’ a thing of the past with its upcoming FPS, Project A.

Anna Donlan, Project A’s executive producer, says her team is “going to war” on peeker’s advantage and other ping-related exploits.

“It’s not enough to have the right team, we also need to solve the right problems,” Donlan said during Riot Games’ 10th anniversary stream this week, as our sister site The Loadout reports. “We’re all tired of seeing our bullets not register because of low server tick rates. We keep hearing buzzwords like ‘dedicated servers,’ but almost nothing about low ping or how a game plans to fight peeker’s advantage.”

Peeker’s advantage is a pervasive problem in competitive online shooters, and it’s a tough one to handle. Essentially, it’s the small but noticeable amount of time it takes for you to peek around a corner and spot someone and for that information to be relayed from the server to the player you’re seeing.