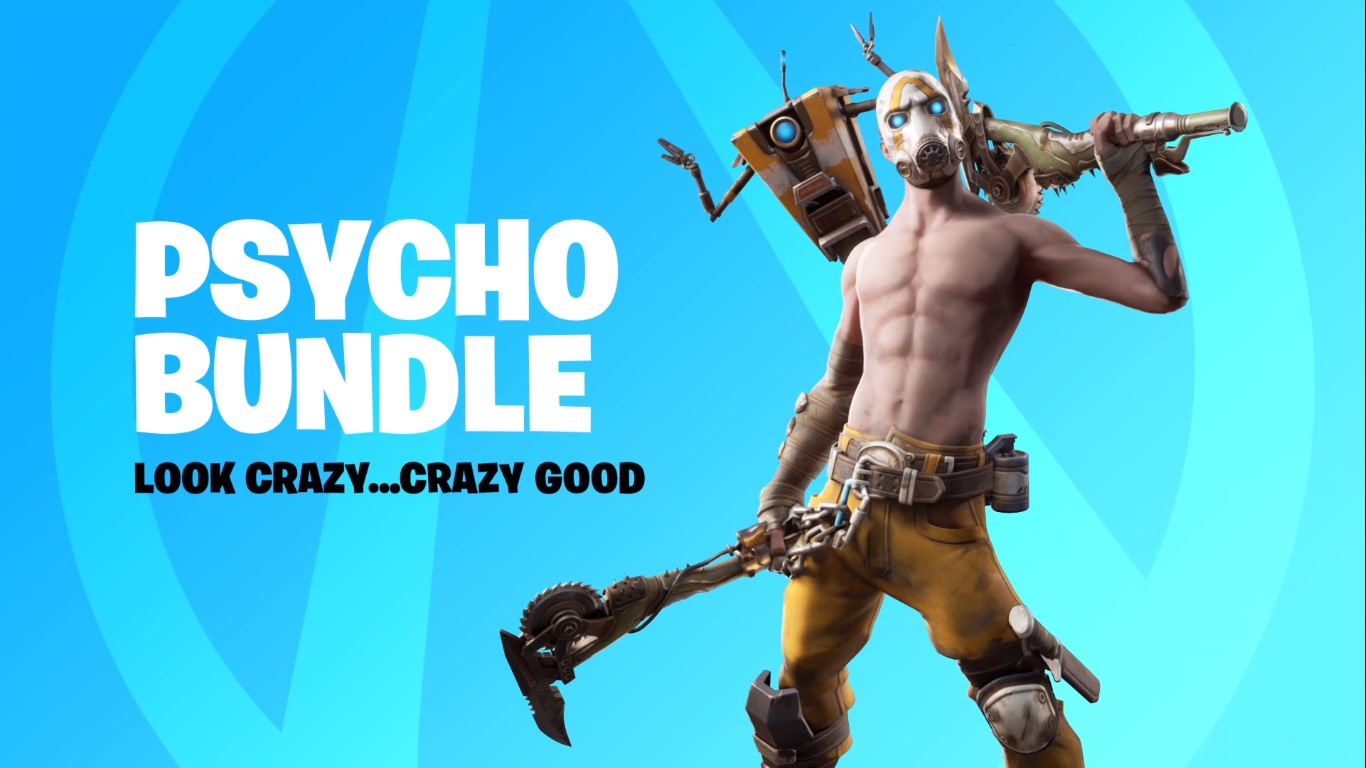 Fortnite is so big it doesn’t mind promoting rivals

Borderlands 3 is, at least temporarily, now a part of Fortnite with an exclusive new cel-shaded area and Psycho-related cosmetics.

Considering it’s currently the biggest game on the planet (at least if you don’t count Minecraft and Roblox) Fortnite has had a lot of crossover cameos in the past, everything from Avengers and Stranger Things to U.S. sports teams and Nike trainers.

But one thing it’s never done before, for obvious reasons, is promote another game. But that’s all ending now with a substantial crossover with Borderlands 3.

The limited time event includes a whole new Rift Zone that recreates the cel-shaded visuals of Borderlands, as well as a set of Psycho cosmetic gear, and a Pandora prefab (a throwable object that instantly creates a structure).

As an extra incentive, if you’ve bought any version of Borderlands 3 via the Epic Games Store, using the same account you use for Fortnite, you’ll get all the cosmetics for free. Although obviously that’s only for PC.

Marvel confirms The Eternals will have an openly gay character

If you’re wondering, the Fortnite X Mayhem tagline is a reference to #LetsMakeSomeMayhem, which Gearbox regularly ends its own tweets about Borderlands 3 with.

Borderlands 3 itself is set to be released on 13 September for Xbox One, PlayStation 4, and PC.

This wouldn’t be the first time developer Gearbox has worked with other companies, after the popular team-up with Telltale Games for Tales Of The Borderlands – characters from which will be appearing in Borderlands 3.

MORE: Borderlands 3 co-op hands-on and interview – ‘I do love working on Borderlands’

MORE: Fortnite Season X has started now in the UK